The 5 Most Powerful Surahs of the Quran 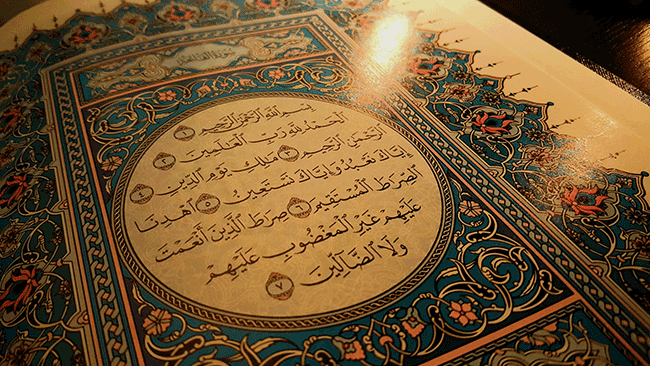 While all surahs in the Most Noble Quran are saturated with power when read, memorized, or recited, there are some surahs which are given more importance in the canonical literature of the sunnah. For every human affliction, there is a surah for each one – some are best if one is in need of protection, forgiveness, and blessing; others are addressed to the Christians, Jews, Muslims, Atheists, and so on; while still others elaborate upon the islamic ideals of beauty, salvation, ethics, and morality. Essentially, each surah is ideal for its own context and all of the Quran is powerful and efficacious, however, the selected surahs in this article are ineffable in their vast practical applications.

This surah has been selected as a result of it being a matchless specimen of comprehensiveness and succinctness; an entire universe of meaning is embedded in its verses. Sayyad Qutb, a contemporary Quranic exegete, describes this passage as “a complete system for human life based on an Islamic viewpoint. . . it defines, in the clearest and most concise form, the basic concept of faith in the context of its comprehensive reality.”

In many ways, this surah encapsulates the message of the Quran by summarizing it into four main points:

In the opening ayah, Allah swears by Time itself, referencing the shortness of human life and its fleeting, illusory nature during its time on earth. Depending on the translation one is using, interpreters will translate ‘time,’ or al-’asr as The Eventide, The Declining Day, or The Token of Time, again, referencing the cursory character of life. Its fourfold formula is sufficient to guarantee success in the endeavor of life and serves as an excellent reminder to be careful in one’s utilization of time.

According to one hadith, Allah’s Apostle (pbuh) is reported to have declared this surah to be equal to one-third of the Quran. Its message deals exclusively with oneness and unity of Allah. Some interpretations translate the title of this surah as ‘Declaration of Allah’s Unity’, ‘Monotheism’, or ‘Sincerity’. While each of the 99 Beautiful Names of Allah contains an infinite treasure trove of insight into the nature of Our Lord, the name found in this surah particularizes one of the main attributes that sets our Creator apart from the idols and false gods found in other religions.

The second ayah reads: “Allahu’l Ṣamad,” or “God, the Self-Sufficient.” Ṣamad occurs only this one time in the Quran and is applied to Allah alone. Ibn-’Abbas, a beloved Companion of the Prophet (pbuh), defined this word as “a chieftain whose chieftaincy and pre-eminence is absolute; a noble whose nobility is complete and impeccable; someone who is mighty, possessing absolute power, but clement in the utmost; someone who is wealthy without limit, able to compel at will; with full knowledge and wisdom.” In other words, the name has overtones of ultimate sovereignty, total control, and divine independence. At the same time, the divine love of Allah saturates this name since, given His independence, control, and sovereignty over the affairs of Reality, He does not have to show us such benevolence, however, He does so anyway, because the essence of Allah is compassion.

The recitation of this name, as-Ṣamad ought to inform every believer of two things: firstly, a recognition of our own smallness and insignificance before the vastness of Allah’s Creation, and, secondly, that there is nothing, whether existent or unimagined, that is greater and more perfect than the presence of Allah.

‘The Kingship’, or ‘The Sovereignty’, is the 67th chapter of the Noble Quran and contains 30 ayat. It is reported in various hadith that the recitation of this surah before bed will protect the believer in this life as well as the Hereafter. Every verse in this surah, once its words have been reflected on and digested by the believer, when taken to heart, has so many healing properties and enriching spirituality that they will only be beneficial to us should we follow their commands. Despite being one of the more powerful chapters of the Holy Quran, it only has thirty ayat, which makes it easy to read, simple to memorize, and does not take a long time to get through. Here are some hadith that vouch for its beneficial properties:

“Verily, there is a chapter in the Quran which contains thirty Ayat that will intercede on behalf of its reciter until he is forgiven. (It is): ‘Blessed be He in Whose Hand is the dominion.”

“There is a surah in the Quran which is only thirty verses. It defends whoever recites it until it puts him into Jannah.”

“Indeed there is a Surah in the Quran of thirty Ayat, which intercedes for a man until he is forgiven. It is [Surah] Tabarak Alladhi Biyadihil-Mulk.”

According to some hadiths, this surah is comparable to the ‘heart of the Quran’ (At-Tirmidhi 2887). The heart is a vital organ of the body and without it, the human being would not be able to survive. The heart pumps blood throughout the veins and keeps the circulatory system up and running – it is such a fundamental piece of biological equipment that Allah in his wisdom placed it in the center of the human body. Similarly, in this sacred surah we find the main themes threaded throughout the entire Quran:

By reading and reflecting upon the contents of this surah, one has the opportunity to know his or her faith at a more intimate level, one has the opportunity to become more familiarized with his or her Creator, and one becomes better versed with the substance of the Quran. There is something extremely powerful about surahs that contain the theological seeds of the entire islamic system, so much so that the Prophet Muhammad (pbuh) recognized this and said, regarding this surah, that:

“The one who recites surah Yaseen in the morning, Allah Almighty will be responsible for fulfilling all his needs.”

‘The Opener’, or ‘The Mother of the Quran’. Like most of the surahs mentioned on this list, this surah is quite easily memorized, in both Arabic and in one’s native tongue, as a result of its brevity and rhythmic cadence. Why has this surah been dubbed ‘The Mother of the Quran’? Firstly, it makes explicit the doctrines of tawhid (the unity and oneness of Allah), risala (the divine message of Allah sent through His messengers and prophets), and aakhira (the afterlife). Secondly, it speaks of the three pillars of worship of Allah (faith, hope, and love). Thirdly, it contains the three categories of mankind (those who have received the favor of Allah, those who have evoked divine anger, and those who have been led astray).

It is the most recited and most memorized surah of the Quran – if one faithfully and perfectly observes the five mandatory prayer times over the course of a month, one will have recited it over 500 times; if one faithfully and perfectly observes these prayers over the course of a year, it will have been recited over 6,000 times. Additionally, the first part of the surah is a petition expressing one’s need for knowledge and the second part expresses one’s need for application; the first part is for Allah and the second part is for humanity, hence, it is unique insofar as it balances one’s personal islam and the universal islam, a personal, inward view of the human personality and the divine view of humanity, hope and fear.

Furthermore, Al-Fatiha has a total of seven verses. The number seven has been given tremendous significance since ancient times, with the first civilizations equating the number with that of divinity (i.e. the seven wonders of the world, the seven days of creation, the seven heavens, the seven holy archangels, the seven circumambulations around the Kaaba, etc.). It is a prime number that was designed to fit our attention spans and match our memory capacity. According to the tradition of the sunnah, this mighty surah was sent from heaven as a light, a cure for diseases when oft-recited, and a restorative medication for the heart, since it protects from misguidance, diverts us from the judgement of Allah, and leads us away from all sorts of evil intentions.

And if the preceding descriptions were not enough to persuade the reader of the mighty power contained in its verses, then take note of what the Prophet Muhammad (pbuh) said about Al-Fatiha:

“Do you want me to teach you a Surah the like of which has not been revealed in the Torah, the Injeel, the Zabur, nor the Quran?”,

He (the Companion) also asked what he recited in his prayers. He replied, “Umm-ul-Quran (Surah Fatiha).”

The Prophet (PBUH) proclaimed, “By Him in Whose dominion my soul is, nothing like it has been revealed in the Torah, the Gospel, the Psalms, or the Quran and it is seven of the oft-repeated verses in the Mighty Quran which I have been given.”

What do you think? Please share your reflections below!