A Theology of Marriage Based on Hadith 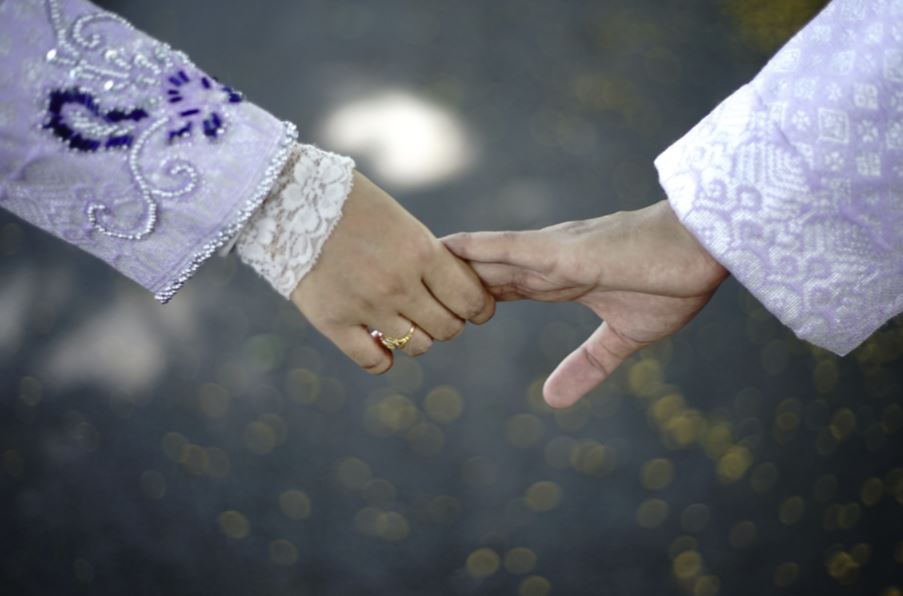 The Islamic tradition has spilled much ink over the issue of marriage – from sufis who have detailed the more mystical aspects of this sacred union to the jurists and lawyers who have extrapolated permissible acts and limitations from the Quran and Hadith Literature, it is no understatement to say that marriage is a salient and irreplaceable unit of society. One great philosopher wrote: “Destroy the family and you destroy the society”. This remains true to this day, because the union between a man and a woman gives rise to a new work ethic, values, and morals, not to mention an entire system of knowledge for how to raise the next generation. Hence, it is of utmost importance to pay attention to the guides and signposts Allah has given us in regards to marriage.

Why is it that two divorce rates commonly cited for American Muslims include 32.33% and 21.3%, respectively? Why is teenage pregnancy on the rise in the North American highschool system? Why are the traditionally accepted values of marriage being flipped upside-down and turned inside-out? The rise of modernism has repackaged the traditional ideals of marriage into something more out of a horror movie, encouraging eschewing responsibility, normalizing one-night stands, and displacing Allah as the center of marriage. This article will pay particular attention to the Hadith Literature as a clear guide for how marriages ought to play out, as well as provide some helpful, practical tips on how to be a better spouse.

[For an article on what the Quran has to say about marriage, check out this link: https://getquranic.com/marriage-in-islam-8-quranic-verses-about-marriage/]

The Example of Khadijah

“I [Aisha] never felt so jealous of any woman as I felt of Khadijah, for Allah ordered the Prophet (pbuh) to give Khadijah the glad tidings of a palace in Paradise (for her).” [Sahih al-Bukhari]

Who was Khadijah? Khadijah was the Honorable Prophet Muhammad’s (pbuh) first wife, a remarkable woman who controlled one of the most important caravan routes in the region. She was a spiritual powerhouse deeply in tune with the Spirit of Allah, and a shining example of womanhood. They were together for 25 years before she died of old age. Khadijah was an extremely successful businesswoman who owned her own servants, employed agents who would go out on her behalf to conduct business transactions, and turned down a plethora of suitors before finally settling down with the Honorable Prophet.

What can we learn from her example? Be the best Muslim you can be and work on yourself, both before and during marriage. The rise of Islam in Arabia gave unprecedented legal rights to women and, rather than restricting education, Muslim women were obligated to seek out knowledge. In the example of Khadijah, we find a woman who outshines most men nowadays. We find a hardworking, independent, and powerful woman who worked on herself and cultivated the family business, which eventually led to her being the most powerful woman in Mecca.

When ‘Aisha asked the Prophet about his love for Khadijah his response was: “She believed in me when no one else did; she accepted Islam when people rejected me; and she helped and comforted me when there was no one else to lend me a helping hand”. The best of spouses are those who support one another, especially during times of great hardship, extreme risk, anxiety and uncertainty. When the world appears to be going mad, there is no greater consolation than an intimate friend who believes in you.

Anger and other negative emotions may be symptoms of something deeper going on underneath the surface. If left unaddressed or ignored, these outbursts may develop into chronic states of sadness, grief, or remorse. Emotions are made up of energy and are more easily controlled if the individual is maintaining healthy life habits such as exercising, eating regularly, getting enough rest, participating in enjoyable, enriching activities, and generally preserving a balance between the various aspects of the body.

It is significant that in this Hadith, the Prophet (pbuh) is asked several times; and on each occasion he responds with the same answer: “Do not get angry”. In another Hadith, the Prophet’s remedy for anger is to lie down on one’s back and remain quiet. Practices such as breath control and meditation may be helpful ways to deal with these negative emotions. Oftentimes just talking through these feelings with your significant other may be enough to keep them at bay. Making art or writing have also been found to be helpful ways of dealing with these emotions in marriage. It is never a good idea to go to bed angry at your spouse, as the unresolved conflict may carry on for an indefinite amount of time.

Learn more about marriage in our Quran & Marriage course!

Keeping the Flames of Desire Alive

Jabir heard Allah’s Apostle (may peace be upon him) say: When a woman fascinates any one of you and she captivates his heart, he should go to his wife and have an intercourse with her, for it would repel what he feels. [Sahih Muslim]

For most of us who live in the western hemisphere, it seems like sex and intimacy are either too taboo of topics to address or their sanctity has been defiled as the world teaches the next generation another sexual ethic. Both the Noble Quran and the Hadith Literature are very sex-friendly and, in fact, outline a clear and evident set of rules, limitations, and expectations for spouses. As the years of marriage go by, it becomes easy to settle into a routine of work, taking care of family matters, paying bills, eating and sleeping. Children require more effort and energy to take care of; the responsibilities of life trickle in and inundate whatever free time is left; the love withers. This is an especially pertinent point nowadays, given the unacceptable violations of marriage that are seen as commonplace with the rise of a postmodern society – some of these temptations include spousal infidelity, addictions to pornography, and the unrealistic ways in which human sexuality is exploited (i.e. in the movies and popular music videos).

It seems as if the world is bombarding us with ways to pacify the flames of love, intimacy, and spontaneity between married couples. Some experts have identified pornography to be one of the primary contributors to dissatisfaction in marriage, given the astronomical divorce rates in North America. Sexual intimacy is one expression of a broad range of human appetites, and marriage, according to the islamic paradigm, opens the door to a treasure-trove of intimate acts solely reserved for those who have entered into this covenant, which is why the Honorable Prophet (pbuh) advised Jabir to make love to his other half. Sexual intimacy with the person Allah has ordained for you is the best way of reminding yourself why you fell in love with this person in the first place.

“I had a race with him (the Prophet) and I beat him.” [Sunan Ibn Majah]

The above hadith was reported by ‘Aisha, the Honorable Prophet (pbuh)’s favorite wife after Khadijah. It is easy to think of the Prophet (pbuh) as an illuminated spiritual master descending from the mountaintops with revelations from the Almighty whilst forgetting that he, too, was a family man who juggled the affairs of his household, his ummah, and his political dealings with neighboring tribes. Despite the stresses and worries of tribal rivalries, inquiries from muslims in need of guidance, and tending to the needs of his wives, this hadith reminds us that the Prophet (pbuh) was a man who laughed with his children and played with his wife. He rolled around with his grandchildren and found time to exercise with his loved ones.

In many ways, he was an extraordinary man. However, in many other ways, he was not altogether too different from us. He was a husband, a father, a grandfather, a family-man, and someone who enjoyed the simple pleasures of this life.

Imam Ahmed reported that ‘Aisha said: I was asked about what the Prophet used to do in his house. I replied: “He was an ordinary man, he used to sew his garment, milk his goat, and serve himself.”

In many countries there exists a false notion that the role of the man is to go out and work in order to make money while the woman is expected to stay at home in order to clean, take care of children, and cook. While it is undeniably true that both spouses have different roles and expectations based on gender differences, there is also a strong sense of overlap in their responsibilities. Prophet Muhammad (pbuh) always supported his wives and helped them in household chores. He did his own work, and even helped in cooking and cleaning the house. In the above hadith, we see that the Honorable Prophet (pbuh) knew how to sew and knew how to prepare for himself his own meals, two practices that are oftentimes relegated to the wives. However, if only we knew the extent to which Muhammad went to make sure things in his house were running smoothly. In this example, we may extrapolate that assisting our spouses with the little annoying tasks of life is exceedingly important. Husbands, help out your wives in the kitchen and with folding clothes. Wives, run some errands for your husband and surprise him with some socks.

“The world is but a (quick passing) enjoyment; and the best enjoyment of the world is (to have) a pious wife.” [Riyad as-Salihin]

Be there for your spouse whenever he or she needs you. Listen to him or her when they open up to you. Listen to them as if they are your number one priority at that moment. Be present and engage with your significant other, whether they are sad or excited. Encourage them to share more. There is nothing more sweet in this world than being able to share your heart with your other half, to fully open yourself heart, mind, and soul; in turn, there is no greater honor than being entrusted with every square inch of this very special person. All their secrets, visions, and dreams are made plain and you are invited to participate in the unfolding narrative of their life. An inextricable link is formed. Our Prophet (pbuh) always used to engage himself in conversations with his wives to make them feel important and always presented himself as a friend in whom they could confide in.