Can We Read or Touch the Quran without Wudhu? 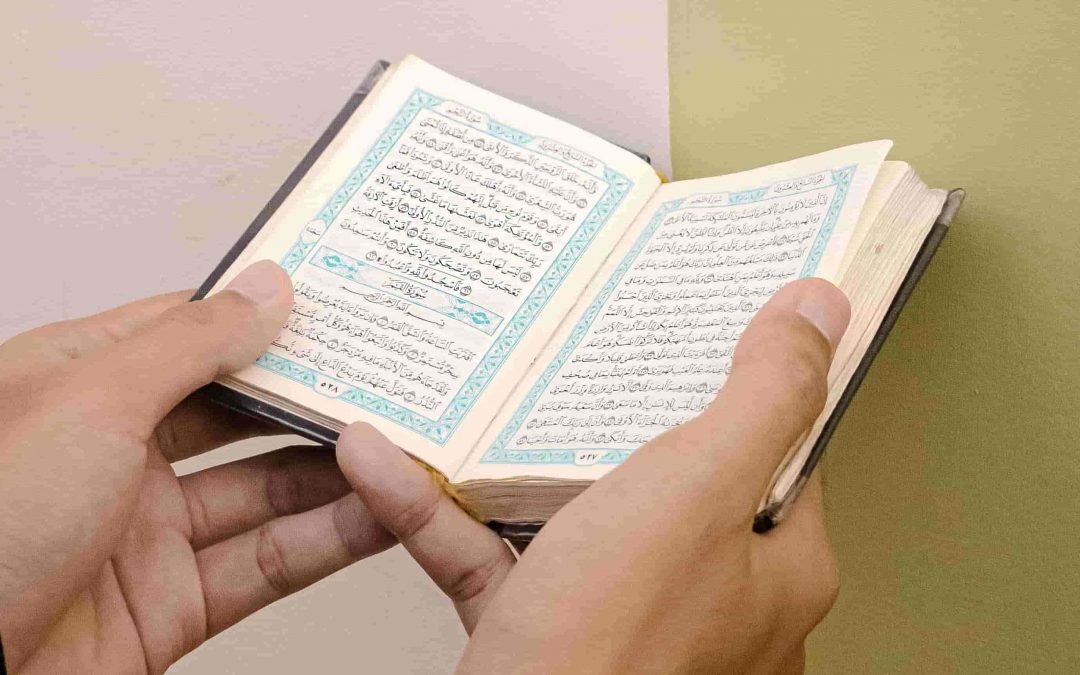 Purity is highly valued in Islam and is even mentioned as half of faith by the Prophet (pbuh) (Sahih Muslim). Both spiritual and physical purity have a significant role in Islam. Taharah, overall purity, is required by all Muslims before performing any kind of worship. You must be in a pure state if you are going to read the Quran, offer prayer (salah), or any other religious duty. This article examines whether wudhu is obligatory for touching and reading the Quran according to the Quran and sunnah.

Touching the Quran without Wudhu

None can touch it except the purified.

This verse contains the word ٱلْمُطَهَّرُونَ which can mean ‘angels’ or be used in the sense of human beings who are purified (from major impurity and also minor impurity). Here, Qurtubi and Azhari (Quran commentators) are in support of interpreting this word as ‘purified human beings.’ Thus, the explanation of the word ٱلْمُطَهَّرُونَ ‘purified ones,’ are people free from both major impurity (hʾadath al-akbar) and minor impurity (hʾadath al-asghar).

Major impurity: The state of impurity which is caused by sexual intercourse and seminal/menstrual/postpartum discharge. Ghusl (full-body ablution) is the only way to achieve purity from this state.

Minor impurity: The state of impurity after urination, defecation, passing gas, and sleeping. This state can be remedied by making wudhu or tayammum (dusting of hands, feet, face, mouth, nose, ears when water is not available.)

Before Umar (ra) embraced Islam, he asked his sister to give him what she was reading (pages of the Qur’an). She recited the above verse (56:79) that only the purified can touch it. Thus Umar performed the bath before he was able to read the pages of the Quran. This incident supports the interpretation that prohibits impure people from touching the Qur’an. Moreover, Imam Malik also cited a Prophet’s letter in his Muwatta, as an evidence, in which the Prophet (pbuh) advised Amr Ibn Hazm by the statement: لَا یَمَسُّ القُرآنَ اِلَّا طَاھِرُ – don’t let anyone touch the Quran except tahir (pure).

Hence, the majority of scholars agreed that the person who wishes to touch the Qur’an needs to be purified of the visible (minor) as well as the invisible (major) impurities by making wudhu or ghusl, if required.

Touching the Quran without Wudhu when Selling/Purchasing:

Reading the Quran without Wudhu

As mentioned earlier in this article, you cannot touch the Holy Quran when you are not in the state of wudhu. Also, there is no question about reading the mushaf Quran (when you are reading from a hardcopy book of the Quran. It is because you have to touch it, which is not permissible at all, in the impure state. But, on the other hand, anyone can read the Quran if another person is holding it and asking him to read for the correction. In conclusion, there is a need for proper wudhu to read the Quran from a book.

Reciting Quran by Memory without Wudhu

Reading or reciting the Quran from memory does not necessarily mean you are going to touch it, which is prohibited. But, the word tahir mentioned in the Hadith, implies that your entire body, including your tongue, should be pure.

Imam Ahmad narrated with a sahih isnad from Ali (ra) that the Prophet (pbuh) came out from the toilet and recited something from the Quran and he said, “This is for the one who is not junub (in the state of major impurity); but the one who is junub should not do this, not even one ayah.”

Reading Quran on Mobile without Wudhu

People used to read the Holy Quran after performing wudhu during the time of the Holy Prophet (pbuh). Because there was no idea of a virtual Quran, the Holy Quran was only read after ablution. That is why it is preferred to read the Holy Quran in the state of wudhu whether you are reading it from a mobile, laptop, or any other device. But it is not compulsory to perform wudhu in this situation. You can read the Quran without wudhu on your mobile or laptop.

Despite the fact that you are not physically touching the verses of the Quran, you are saying them. Your tongue must completely be pure from major impurity, according to hadith mentioned earlier. That is why, before reading the Quran, you must do ghusl to purify yourself from major purity. Performing wudhu is not compulsory (if you are not touching the Quran) but it can be done to get full reward.

Based on the Quran verse and Prophetic ahadith, the vast majority of the ummah and the fiqh scholars agree that wudhu is a prerequisite for touching and reading the Holy Qur’an. Therefore, one can recite the Quran without wudhu from his memory and either reading it from a mobile or tablet. However, while reading the Quran from memory or on mobile, it is necessary to not be in the state of major impurity (junub). Hence, before touching or reading the Holy Qur’an, make sure that no najasah; things declared by Shari’ah as filth, is attached to one’s hand, and that he or she is in the state of wudhu and is not in the state of janabah; the state in which it is obligatory to take bath.