The Composition of the Holy Quran 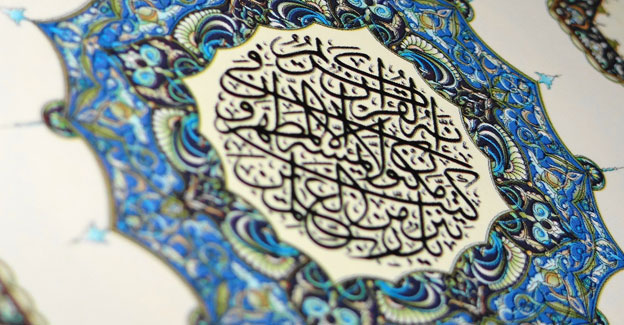 In the Quran, the surahs are organized neither chronologically nor thematically, but roughly by length, from longest to shortest. Some surahs have a lot of ayahs, or verses, but just because a surah has many verses, that doesn’t always mean it is longer than a surah with less verses. Each chapter of the Quran is a well-structured unit that divulges a specific message as its central theme. While the surahs of the Qur’an are not necessarily thematically related, its chapters deal with various subjects – some chapters deal exclusively with matters of eschatology, prophetic personalities, the attributes of Allah, and practical guidance,while other chapters,in the same breath, speak of theological, historical, and ethico-legal matters.

With this said, the longest surah in the Quran is surah Al-Baqarah, or the cow, which consists of 286 ayahs and includes a vast array of topics, including sections on practical guidance for faithful living, statements of ethics, exhortations to the pagans, and portions of the prophetic narratives of Adam, Ibrahim, and Musa. Furthermore, it includes the oft-recited verse of power, Ayat al-Kursi, or ‘The Throne Verse’.

In addition to the plethora of sundry topics addressed in this surah, its very structure is one of the pieces of evidence that points to its divine origin. Modern textual critics have discovered a remarkable structure in the composition of Al-Baqarah classified as ring composition, or chiastic structure. A ring composition refers to the repetition and sequence of motifs that stem out of a digression in a narrative text and, in some scholarship, to the motifs within those digressions. It can involve simple framing devices, complex internal structures, and mirroring of themes. Essentially, this surah can be divided into 9 sections with the following themes:

Verse 2:142 represents a turning point in which the direction of prayer is literally changed from Jerusalem to Mecca; additionally, this verse is located in the exact center of the surah. This unique structure could be rearranged as a mirrored circle, or ring, with surah 2:143 right in the middle of the structure and the other verses reflecting each other perfectly. What is demonstrated in the first half is reflected in the second half, and I would urge the reader not to take my word for it, but to read and compare the verses for themselves.

Hence, the longest chapter of the Quran is marvelously designed – precisely and tightly arranged according to the universal principles of symmetrical arrangement. This chapter lays the groundwork for much of the rest of the contents of the Noble Quran, and in the same way that the foundation of a house must be perfectly and carefully calculated in its arrangement, so it is with this holy surah of Al-Baqarah.

The smallest surah, Al-Kawthar or “The Generosity,” “The Bounties,” of the Quran is by no means the least significant or least weighty, despite only containing three little verses. It is one of the first to be memorized by Muslims as a result of its short length and rhythmic cadence that makes it both easy and pleasurable to recite during prayers. It speaks of the generosity of Allah and is oftentimes recited as an expression of thankfulness and gratitude for the bounties of Allah. However, this surah was revealed at a difficult time in the life of the Prophet (pbuh) – it was revealed to console Muhammad (pbuh) at the death of his son. And according to some hadiths:

Al-Kawthar is “a river that Allah has given me”- that is, in Paradise –   ‘whiter than milk and sweeter than honey. In it are birds whose necks are like the necks of camels.” ‘Umar said: “Indeed this is plump and luxurious then.” So the Messenger of Allah said, “Those who consume it are more plumb than it.” [At-Tirmidhi Hadith 2542]

Abu ‘Ubaidah asked Aisha regarding this surah, and she replied, “The Kawthar is a river which has been given to your Prophet on the banks of which there are (tents of) hollow pearls and its utensils are as numberless as the stars.” [Sahih Bukhari Vol. 6, Book. 60, No. 489]

Here, as well as in multiple other sources, Al-Kawthar is represented as a paradisiacal river adorned with banks of hollow pearls and glorious utensils. Furthermore, the rabb in this passage refers to Allah as the Caretaker, the Nourisher, the Sustainer, And the call to prayer and sacrifice here (salah and wanhar, respectively) is prescribed as the only proper way to thank Allah for His generosity.

It is said that prayer is the mother of all good deeds, and that sacrificing the best of our goods and earnings is the mother of all charities. Hence, despite its short length, this surah provides the reader with an exhortation to give thanks whenever it seems like we have been stricken with calamity. Demonstrating thankfulness and gratitude is more than mere lip-service, it must be proven by way of thoughtful actions, intentional remembrance of Allah and his blessings, and by giving Allah the best of what we have, whether they be physical, emotional, or financial resources. If this surah was revealed as a consolation to our beloved Prophet (pbuh) after losing a son, then how much more should it console believers today as we navigate loss and calamity in our own lives? In Al-Kawthar we have more than a prescription and an easy surah to memorize – we have a direct link with a divine revelation that succeeded in consoling one of the most righteous men who ever walked the face of this earth.

What do you think? Please share your reflections below!