9 Quran Verses about Cycles in Our Lives 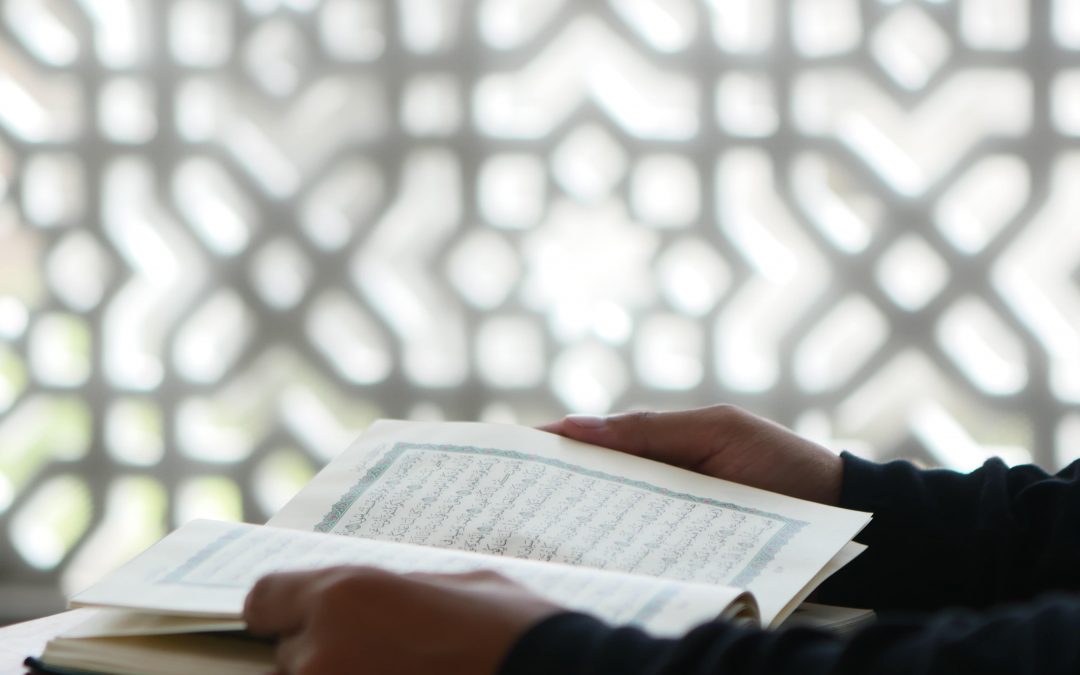 Everyday human life is a mass of overlapping and interwoven cycles: from our daily cycles of eating and sleeping, to the cycles that span our lifetimes like entering this world as fragile creatures, gaining strength and independence only to reach fragility once again in old age.

The Qur’an is replete with the description of cycles – from the cycle of night and day to the orbiting cycles of the sun and moon. Do these cycles mirror those in daily human life? This post lists some human life cycles and links them to the Qur’an in an attempt to extract useful life lessons.

The cycle of consuming food and producing waste

Human beings are fixed in a cycle of dependence on the earth for our most basic need: food. Everything that we eat comes from the earth (either directly or indirectly); after our bodies have absorbed the necessities from that food they release the excess as ‘waste’. The earth is the best receptor for that ‘waste’ as it turns it into something useful again. Our bodies are, in this sense, just one link in a chain of renewal perfected by God.

So let man just consider his food: We poured water, pouring it in great abundance, and cleaved the earth, cleaving it asunder; then caused the grain to grow out of it, together with grapes and vegetables, and olives and palms, and dense orchards, and fruits and pastures – all this as a provision for you and your cattle (Qur’an 80:24-32)

Who has made the earth your couch, and the heavens your canopy; and sent down rain from the heavens; and brought forth therewith Fruits for your sustenance; then set not up rivals unto God when ye know (the truth) (Qur’an 2:22)

Rain – part of its own cycle – is the means by which the earth produces food and is thus a vital part of this chain of renewal.

Through these verses the Qur’an shows our utter dependence on the earth and rain; contemplating on these verses reveals how our survival is tied to the wellbeing of the planet. This must have encouraged even the earliest audience of the Qur’an to take care of the earth as they would themselves.

The cycle of waking and sleeping

Our need for sleep is part of a natural cycle designed by our Creator. The need to sleep at night and be awake during the day is no coincidence either – we were created thus:

He it is Who made for you the night that you might rest in it, and the day giving light; most surely there are signs in it for a people who would hear (Qur’an 10:67)

Do they not consider that We have made the night that they may rest therein, and the day to give light? Most surely there are signs in this for a people who believe (Qur’an 27:86)

The Qur’an links our sleep cycle to the alternation of night and day, which in turn is linked to the sun and the moon and the cycle of their respective orbits:

And a Sign for them is the Night: We withdraw therefrom the Day, and behold they are plunged in darkness; And the sun runs his course for a period determined for him: that is the decree of (Him), the Exalted in Might, the All-Knowing. And the Moon, We have measured for her mansions (to traverse) till she returns like the old (and withered) lower part of a date-stalk. It is not permitted to the Sun to catch up the Moon, nor can the Night outstrip the Day: Each (just) swims along in (its own) orbit (according to Law) (Qur’an 36:37-40)

Understanding that our routine need for sleep is tied to the more majestic cycles of heavenly bodies shows that it is a cycle that should be respected. Humans have learnt that our sleep cycle is indeed tied to that of the sun and moon and that a lack of sleep or subverted sleeping patterns (like those of people working night shifts) can have serious health effects.

The cycle of hardship and ease

Throughout life there is an oscillation between times of difficulty and times of ease. One goes through similar cycles with one’s own faith – sometimes stronger, sometimes weaker when challenged by difficult circumstances. In those trying times we should trust the words that comforted Muhammad (pbuh) so many years ago:

When we understand that good things come with (or after) the bad, we are less prone to self-pity and indulging in potentially harmful activity in an attempt to cope with or distract us from the obstacles. Instead, the Qur’an suggests we develop patience by weathering the storm, focus on the good that we have and awaiting the continuation of the cycle. (Read more verses to help us through challenging times here.)

The cycle of weakness and strength with age

The cycle of being weak and dependent as a child, growing and reaching maturity and then becoming old and weak again is only too evident in life. The weakness we experience as infants and again in old age are not flaws, but characteristics created with intent, worthy of contemplation:

God is He Who shaped you out of weakness, then appointed after weakness strength, then, after strength, appointed weakness and grey hair. He creates what He will. He is the Knower, the Mighty (Qur’an 30:54)

Parallel to our cycle of weakness and strength is a cycle of dependence and care between parents and children – first parents caring for their children in their youth, followed by children looking after their parents in their advanced years. The Qur’an tells us that this is a universal law; it is not a cultural requisite bound by time or place, but rather a fundamental of human nature. Understanding that the elderly are meant to become weak and dependent may help one to accept that that is the way it should be, rather than responding with frustration and impatience. Contemplating on this verse can teach us that just as our parents were given weak and dependent children that they looked after, we are in a sense ‘given’ our elders to look after too. (Learn more about parenting according to the Qur’an here.)

The cycle of life and death

Finally, encompassing all the cycles mentioned above is the cycle that spans beyond human life itself – living, dying and then living again. (Learn more about the concept of death in Islam according to the Qur’an and sunnah here.) This world is full of examples of life after death – the most obvious of which is the regrowth of plants and trees in spring, following winter.

The Qur’an often uses the analogy of dead land being revived by rain to help us understand the nature of our own life and death:

And set forth to them parable of the life of this world: like water which We send down from the cloud so the herbage of the earth becomes tangled on account of it, then it becomes dry broken into pieces which the winds scatter; and God is the holder of power over all things (Qur’an 18:45)

Behold! in the creation of the heavens and the earth; in the alternation of the night and the day; in the sailing of the ships through the ocean for the profit of mankind; in the rain which God Sends down from the skies, and the life which He gives therewith to an earth that is dead; in the beasts of all kinds that He scatters through the earth; in the change of the winds, and the clouds which they Trail like their slaves between the sky and the earth;- (Here) indeed are Signs for a people that are wise (Qur’an 2:164)

Pondering the ultimate cycle teaches us the ultimate lesson – that not only is this life temporary, it also isn’t the point of our existence. This life is the season to sow; what we reap now, however, is temporary. So we need to sow for the right season, for the next life – where the harvest will be everlasting.

Check out our Quran Study course where Imam Adam covers different topics in the Quran and how we can apply them to our lives: Quran Study