How We Were The #1 Most Funded Mobile App On Launchgood 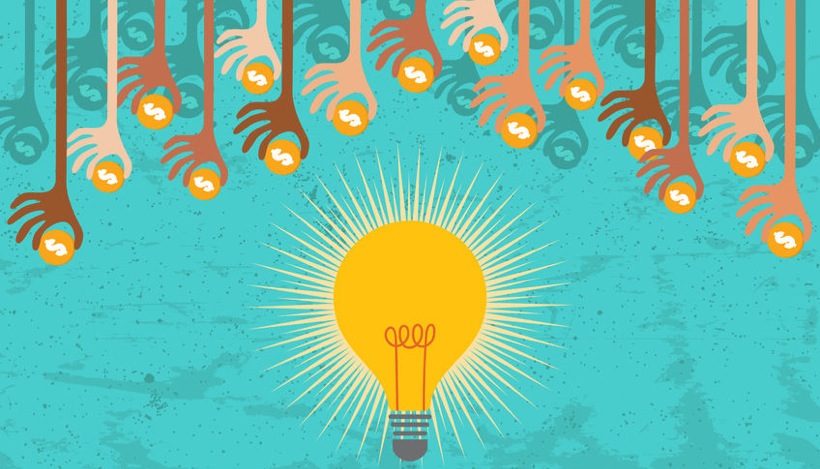 Alhamdulillah our app, Quranic, was the #1 most-funded mobile app on Launchgood in 2018. We raised over 900% of our original goal. That’s 2.5x more than any other mobile app.

Muslims are ready to support campaigns that solve Muslim problems. Crowdfunding allowed us to make our idea a reality. We’ve been able to work on our idea without having to worry about emptying our bank accounts or even going into debt in order to solve an important problem within the Ummah.

Since our campaign, I’ve gotten messages from many people looking to start their own campaigns, so I thought I’d write something to point everyone to all at once.

I can’t address the needs of every type of campaign but I’ll try my best to shed light on lessons we learned.

1. What is so great about your idea?

Your idea has to be unique and stand out from the rest.

How can you test your idea?

When I shared my idea with Hani, who works as a mobile app designer, he was interested in it immediately. A few days later Hani messaged me saying he wanted to help make the app a reality however he could.

Many of Quranic’s backers are in the software industry and could see the potential of our idea and our team.

The idea has to be so good that other people around you want to be a part of it.

Don’t be afraid of sharing your idea in order to get advice from people around you. It’s not just about the idea, it’s about the execution.

In the run-up to our campaign as I was researching crowdfunding and best practices, I went through all the mobile apps ever launched on Launchgood. I took note of the ones that succeeded and the ones that failed (my notes are a little too rough otherwise I’d share them). What was it that made certain ones succeed? Why did others fail? How can I implement the tools for success in my own campaign? How can I avoid the pitfalls of the failed campaigns?

You should do the same. Look up campaigns in your category and look at what the successful ones have in common. Check out Launchgood, Pious Projects, Gofundme, Indiegogo, Kickstarter for ideas.

What is the objective of the campaign?

To raise money in order to solve a problem.

Who does the money come from?

Your audience that suffers the problem or empathizes with those who suffer the problem.

What does your audience need before they will contribute to your crowdfunding campaign? TRUST. The main element is trust. If you earn your audience’s trust, then they will support your noble cause.

The big question, then, is: how do you earn that trust?

Be authentic. Be yourself. Be competent in the industry you are crowdfunding for. Include yourself in your video, don’t get a voiceover from someone that pronounces Muslim as Moslem, and can’t even pronounce Allah properly!! (I’ve seen that last one too many times). Muslims love to hear from other Muslims. Our video was literally me sitting in my kitchen with my phone camera and a microphone I got on sale. Authenticity.

4. Focus on Needs, not Features

A lot of times as entrepreneurs we get these amazing ideas for all kinds of features. Even though we may be excited about these features, our audience may or may not be. Instead think of first principles – think of the transformation that you promise. Primal needs and wants and desires. How does funding your product or service get your audience to that collective goal?

This goes along with #1. Tell a story that captures the attention of your audience. What really resonates with them?

My story: I used a story from my childhood that I’m sure many would be able to relate to. I narrated my attempt to explain to a non-Muslim friend how Muslims regularly celebrate the completion of reading the Quran cover to cover. My friend was impressed by my understanding of Arabic… but then I had to awkwardly explain that I can only read the Quran, not understand it. It is a true story, and something I still think about.

I found that failed campaigns often were not thorough. Going back to the idea of trust: how can I trust you are going to use this money in the right way when you haven’t explained how you’re going to use it?

I saw a lot of campaigns focus on the WHAT and they forgot to talk about HOW.

Mention where percentages of the total amount raised will go. That helps give people an idea of what they’re paying for and that, most of all, you have a plan, an estimate, and some idea of what you’re doing. It won’t be perfect, ours wasn’t.

Read your campaign page over and over until you are satisfied. Seek feedback.

Soft launch your campaign – share it with a few to start with and ask for advice (actually when we did this, our friends got too excited and shared it out *facepalm*)

Use your network – get the word out on WhatsApp/Social/etc. If you’re afraid to share with your close friends then how can you share it with the world?

Let people know what you’re doing and let them help you achieve your goal. Let them share it with their network – they would love to help you.

So that’s it for now.

Thanks for reading! Let me know what you think below!