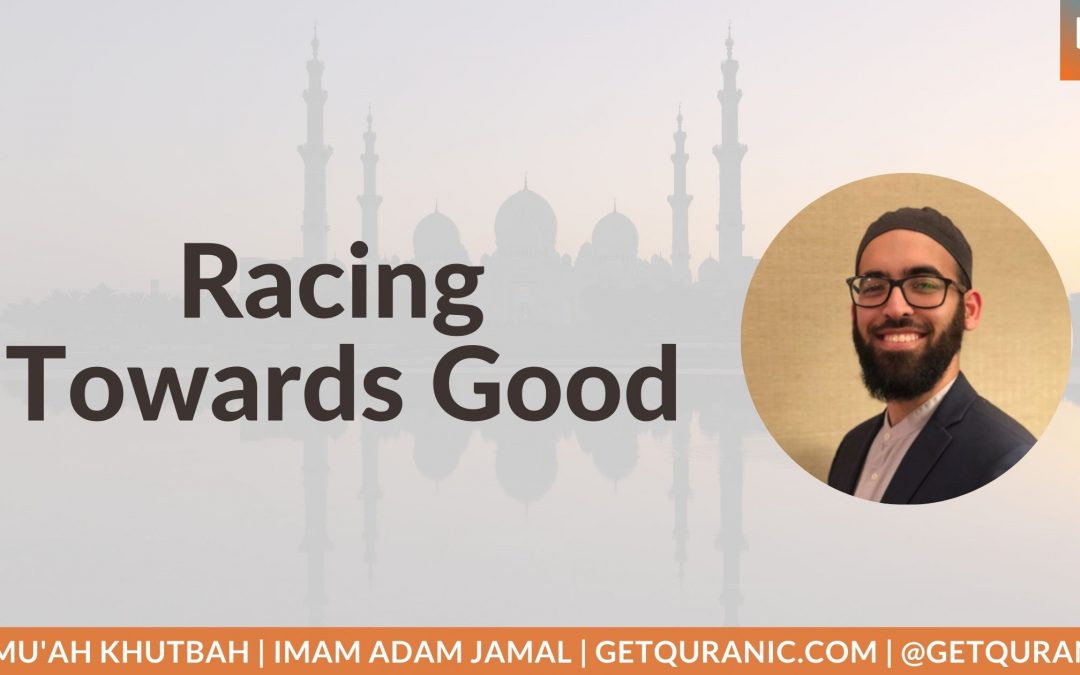 In the name of Allah, the Most Gracious, the Most Merciful.

And hasten to forgiveness from your Lord and a garden as wide as the heavens and earth, prepared for the righteous

Who spend [in the cause of Allah] during ease and hardship and who restrain anger and who pardon the people – and Allah loves the doers of good;

In Surah Ali ‘Imran, the third surah of the Quran, Allah (swt) reminds the believers of what happened at Uhud and He reminds them of the many losses that they found as a result of their disobedience. He warns them from disobeying Him and He warns them of the consequences, both in this life as well as in the next life. Then Allah (swt) encourages them with a set of beautiful verses that talk about believers and having taqwa and seeking forgiveness. Those are the verses that I want to cover today insha’Allah.

Allah (swt) says, وَسَارِعُوا – Rush. Rush/race to the forgiveness of your Lord/Master. We always find ourselves competing in this life, don’t we? If we’re on the road by ourselves, mashaAllah, we’re going at the speed limit. But as soon as you add some other cars, “oh man, I got to go faster than that guy. As long as I’m going faster than everyone else, I’m happy.” We fall into these competitions; a competition for the newest car, newest gadgets, the newest this, the newest that, the latest in technology or whatever it may be. We find ourselves competing.

So it’s important that we act now. You can take your shahada. You can proclaim your belief, and you can figure out all the rest later. We can figure it out, no problem. The Sahaba didn’t all of a sudden start practicing right away. It took them 13 years in Makkah, and then the verses of riba, the verses of alcohol and the verses of all of the other things were revealed in Medina. They spent 13 years in Makkah without those verses. So it’s okay. We’ll figure out the details later. Let’s at least establish our belief now. Let’s proclaim our belief now.

The brilliant thing about this rushing and this racing is that it is contagious. You see someone who needs help. A woman is helping that person, then one person takes a step, then another person comes forward as well. Have you seen that happen before? People follow others who are doing good. I remember when it was 2011, I used to teach at an Islamic school. At the Islamic school, we all went for umrah together. We made a big group of 30 people, teachers and students, and we all went to umrah together. Alhamdulillah. We were in JFK airport and it was time to pray. We were in the international wing of the airport and we found a big enough spot and we set up to pray. Someone gave the adhan without disturbing everyone and then we started praying. We had the qibla, and then there was a bar to our right. So we started praying. During the prayer people were taking pictures, and I could see flashes. You’re trying to recite and you’re trying to read, and you see camera flashes. SubhanAllah people taking pictures. What’s going on? What is this? What is happening?

All these children as well are lined up behind SubhanAllah. Old and young, they’re all lined up together. Beautiful! Then we made our salam but when we turned, we saw that there were three more rows of Muslims behind us because we were in the international wing of JFK. So you had the Turkish airlines, you had the Emirates, you had all of the different Muslims and they saw us praying then they joined us. That is the reward of rushing and racing towards good. You find that others will join with them as well, and they will support you in that as well.

Whoever starts something good in this way, then he will get the reward similar to it. (Riyad as-Salihin 171)

So every person that came thereafter and placed charity on that sheet, that first man got the reward for all of it. He had a piece of every single reward subhanAllah. Imagine on the Day of Judgment, that person will be raised. He will look at these deeds and he will say, “well, I didn’t do all of these other deeds, ya Allah. I only gave this much. Where did all these other things come from? I only gave some dates.” It is because he started a legacy, because he started something good, and people followed him in that, and he had a part to play in that. So he got a piece of that without diminishing the others.

Muttaqeen comes from taqwa. Taqwa is usually mistranslated as fear of God and it makes us think we should always be afraid of Allah. But the true definition of taqwa is to be awe-inspired by Allah (swt). You think of Allah and you’re amazed. You are inspired and in awe of Him. That is why some people translated as fear. You’re conscious of Him. The Prophet (pbuh) said, اتَّقِ اللَّهَ حَيْثُمَا كُنْت – “be conscious of Allah wherever you are.” Whatever you are doing, know that Allah is watching you.” That is taqwa.

The second is وَالْكَاظِمِينَ الْغَيْظَ – they swallowed their anger. When you swallow something, what happens? It’s gone. It always reminds me of Tom and Jerry. When Tom and Jerry are messing around, Jerry locks the door and he swallows the key. Khalas, it’s gone. That anger when it is rising inside of you and you want to show who’s boss and you swallow it and you’re able to maintain your control over yourself. That’s from the Muttaqeen.

So these are the some qualities of the Muttaqeen that Allah mentions. So when you read these qualities, you think, “what if I’m not at that level? I don’t give all the time, in good times and hard times. I don’t swallow my anger all the time. I don’t forgive people as if nothing’s happened. I don’t always excel in everything I do. I can’t make it.”

So what’s some other qualities of the Muttaqeen? They sound like these perfect people. Here’s where it gets intense, brothers and sisters, listen up.

And those who, when they commit an immorality or wrong themselves [by transgression], remember Allah and seek forgiveness for their sins – and who can forgive sins except Allah? – and [who] do not persist in what they have done while they know.

The fifth quality that’s mentioned here is that وَالَّذِينَ إِذَا فَعَلُوا فَاحِشَةً – when they do something shameless, فاحشة – something you know is wrong. Something, as soon as you do, you feel it in your heart, you are guilty. You know it’s wrong, you know there’s no doubt about it.

وَلَمْ يُصِرُّوا عَلَىٰ مَا فَعَلُوا وَهُمْ يَعْلَمُونَ – and they don’t persist in the wrong that they were doing while they know.

So what do these people get? أُولَٰئِكَ جَزَاؤُهُم مَّغْفِرَةٌ مِّن رَّبِّهِمْ – those people they will have forgiveness from their master.

وَنِعْمَ أَجْرُ الْعَامِلِينَ – and how amazing is the reward of those who do. Again bringing it back full circle to those who act, to those who do. Because every good deed erases a bad deed. When we truly seek forgiveness, then Allah tells us He will turn all of our bad deeds into good deeds. So if we were negative 1,000, we’ll be at 1,000 positive. All we have to do is turn back to Him. All we have to do is make sincere intention to change. We have to make sincere intention to stay away from the things that lead us to that.

A young man came up to me and asked me, “I’m addicted to something. What can I do about it? I’m addicted to something wrong and I don’t know what to do about it.” What does Islam tell us? Islam tells us to make sincere intention away from that thing. But what else does Islam tell us? Islam tells us to act as well. If you’re missing prayer, then set your alarm. If you know that hanging out with a certain group of people takes you in this direction, then stop hanging out with that group of people. If you know that placing your computer in this position or having your computer in a private place leads you to looking at wrong things, then you should only browse the internet publicly. That is how you can start to get away from those things. There’s many other ways which we can discuss in a whole another khutbah. But the point of todays khutbah is to act and to act today and to not delay. You will see that as soon as you act that others will follow and others will support you in your good.

I say what you have heard and I seek forgiveness from Allah for me and you from every sin.