The Meaning of ‘Inshallah’ in Arabic 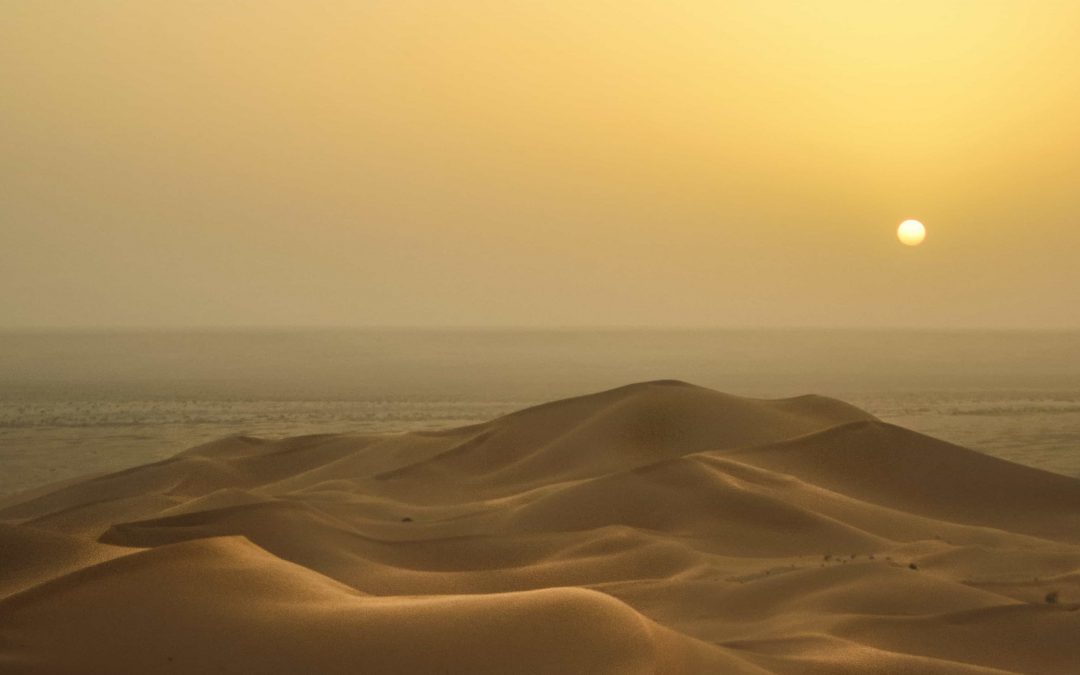 Despite the fact that the majority of Muslims are non-Arabs, 80% of them don’t speak fluent Arabic, and most don’t reside in the Arab world, most Muslims tend to preface or append their statements with the phrase ‘inshallah.’ In the Qur’an, the phrase is prescribed as a powerful way of reframing one’s thinking, originally representing a sincere commitment to Allah and complete trust in divine ordinance, but colloquial usage has watered it down to mean: “If God wills it, it will happen, but I prefer not to do anything about it.” Rebellious children use it to procrastinate on their responsibilities; expectant mothers let it dance on their lips as they speak of their future offspring; politicians slip it into their speeches as a sneaky escape clause; teachers might use it lovingly in classrooms in order to quell a turbulent crowd – ‘inshallah’ has peppered the Muslim vernacular in dozens of ways, so let’s take a look at what it means!

Inshallah is an Arabic phrase that captures the general idea of ‘if Allah wills.’ Alternatively, it can be transliterated as ‘insha’allah,’ ‘inshaAllah,’ ‘insya Allah,’ or ‘in sha Allah.’ The author prefers to utilize the widely accepted and commonly used spelling in order to simplify as much as possible. Arabic is written in a cursive script where all the letters are joined together and beautifully woven into words, phrases, and sentences. From right to left, three separate figures can be clearly delineated, which compose ‘inshallah.’

– Allah: The Arabic word for ‘God’

In modern Arabic usage, the words sha and Allah are pronounced together, despite the glottal stop wedged in between them (which usually denotes a slight pause). Nevertheless, pronouncing it with the glottal stop can also be heard, even though it is oftentimes dropped in colloquial usage, but retained in formal settings. [Learn how to read the Quran in Arabic online here.]

Interestingly, extended historico-cultural contact between Muslims, Christians, and Jews in the Iberian Peninsula led to the development of the Spanish word, ojala, which might be translated as ‘hopefully,’ or ‘with luck,’ in the sense of optimistically waiting for something to occur. Ojala is the result of linguistic intermixing and is a corruption of the word inshallah. In Spanish, this word has pretty much lost all of its religious connotation, but still retains the kernel of quranic significance.

Usage in the Noble Qur’an

And never say of anything: ‘I shall definitely do this tomorrow,’ without adding: ‘If Allah wills it!’ [The Noble Qur’an 18:23-24]

There’s a couple of ways that this verse could be looked at in regards to reframing one’s worldview. The first would be in regards to larger, more unpredictable events in life, whereas the other understanding would be in regards to personal autonomy. When we say this word in reference to a cancer patient, for instance, either he survives or he doesn’t – if he survives, then Allah has willed it, and if he does not, then Allah has also willed it. In either scenario, God remains sovereign and one’s faith remains unscathed, but prior to the outcome, one hopes for a good ending – inshallah. When we say this word referring to a promise we make to another individual, the quranic implication is that our word is good and we will fulfill what we have said, unless some unexpected factor such as death or illness prevents it from happening.

Hence, inshallah is an affirmation of one’s faith in divine providence, it expresses a trust in Allah’s will after performing human actions. We do what we can, as humans, and leave the rest to Allah. In essence, it shifts one’s mindset from one of scarcity and anxiety to one of abundance and hopeful expectation. Non-believers tend to think positively through the practices of ‘manifesting,’ asking for ‘thoughts and prayers,’ or ‘trusting in the Universe.’ Inshallah reframes the believers mind by reminding us that, although our wishes and desires may not come to fruition, we perform our due human diligence, hope for the best, and trust that whatever happens is the result of the will of a higher power – Allah, the All-Knowing, All-Wise.

In order to truly understand inshallah, we must practice virtue alongside it, such as patience, humility, faith, hope, and courage. It demands a suspension of belief; it demands submission; it demands trust. In many ways, it is a test of one’s faith in the face of uncertainty. Of course, the potency of this effect is put into question when it is used carelessly, mindlessly, and frivolously. Hence, it is a phrase that is meant to be taken seriously, with heavy theological implications woven into it, but nowadays its lighter, more liberal meaning has taken its place, reducing it to a verbal tic, a cheap excuse, or a silly joke.

‘Inshallah’ is unstable, elastic, and multipurpose. While the Qur’an advocates for a pious, righteous usage of the word, indeed, infusing the believer who uses it with a sense of realistic optimism, more often than not, it is superseded and overshadowed by its watered-down colloquial usage. In fact, while this phrase is linked to the Qur’an in particular, Christians, Jews, and secular peoples living in Arab countries have embraced it as a part of their everyday vernacular.

It has even made its way to the Western world, with the likes of Lindsay Lohan, Joe Biden, and King Charles III championing the phrase for their own purposes, which is fine, just so long as it is not used flippantly. Culturally, most people don’t want to say no. To do so usually conjures up a conflict or disagreement, which most people tend to avoid. Hence, rather  than committing or following through with a promise, people might say inshallah to rid themselves of guilt and displace it to the One who gave us speech and thought. In fact, using it as a cop-out may be the primary reason why the misuse of the word was adopted.

However, the beauty of this word, as is usually the case with many popular Arabic phrases, is that it is used to unite communities and provide a common reason for celebrating the greatness of our Lord. Amid different cultures, varying skin tones, linguistic barriers, and even distinct professions of faith, the expression always declares the same message: Even though we cannot envision the end result, we will trust in Allah to manifest only the best.

Inshallah ought to provide believers with peace and solace, as it reminds us to trust in Allah, the plan of Allah, and whatever path we are placed on; for non-believers who pick up new words organically, it is crucial for them to know what the phrase means, where it came from, and how it should be used, otherwise inshallah will join the litany of words whose original intention has been distorted. Muslims are the inheritors of the deposit of faith initiated by Abraham and perfected by the Messenger of Allah (pbuh); as such, Muslims, more than anyone else using this phrase, ought to be the ones who put their money where their mouths are and follow through with what we say.

When we use inshallah, is it out of habit or does it stem from a meaningful intention? When we include it in conversations, do we use it merely as a cultural tool to relate with our communities, or are we being mindful of how we are using it in context? Perhaps if we were more honest, hopeful, and optimistic, unafraid to come to terms with our promises, the prescription of surah al-Kahf (ayat 23-24) would reach its supreme manifestation in our words. The spirit of inshallah is hope; the character of this phrase is trust; and the promise is blessing for those who are willing to submit to the Will of Allah.

The Meaning of ‘Mashallah’ in Arabic