The Poetic Language of the Quran 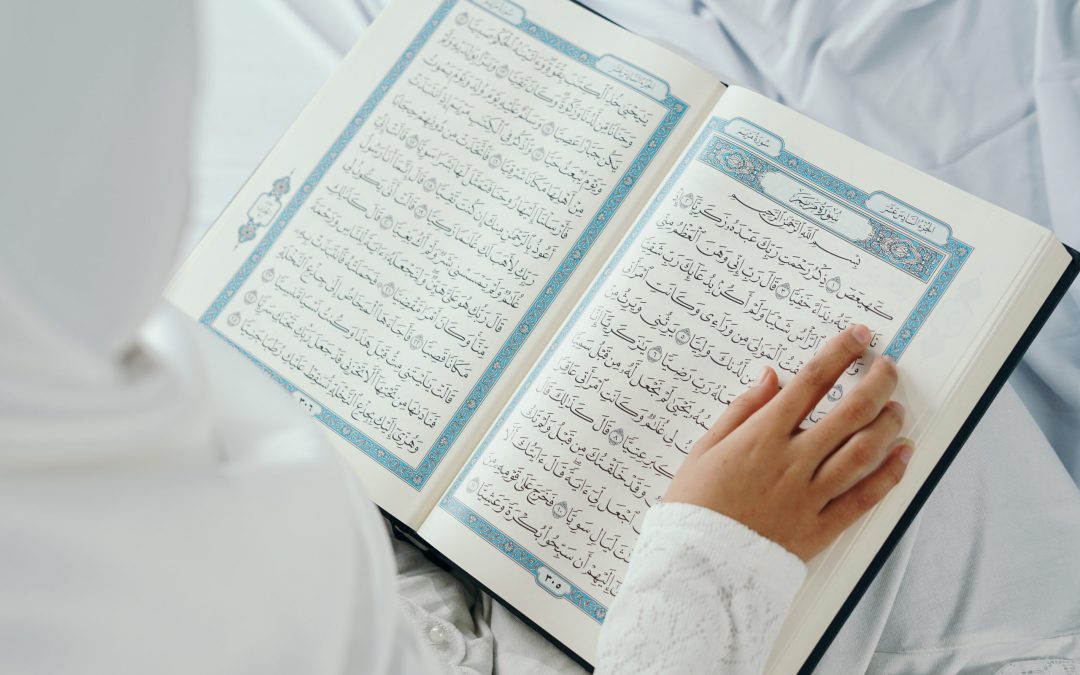 Among the Arabs during the time of the Prophet Muhammad (pbuh), poetry was as popular as music and social media are today, and eloquence was seen as a God-given ability solely reserved for those destined for greatness. The seventh-century Arabs had achieved a degree of linguistic mastery never before known in their prior history. It was believed that the Arabic tongue had realized its full potential after a long process of perfection and refinement. However, although Arabic reigned supreme among the world’s known languages at the time, it had never met a challenger as expressive, persuasive, and articulate as the Noble Quran.

The Concept of Beauty in Islam

“Or, Who has created the heavens and the earth, and Who sends you down rain from the sky? Yea, with it We cause to grow well-planted orchards full of beauty of delight: it is not in your power to cause the growth of the trees in them.” [Quran 27:60]

In Islam, the concept of beauty is not solely restricted to physical beauty or the beauty of the heart, but it also includes the realm of poetic, or literary beauty. Islam is a universal religion, intentionally designed with all of creation in mind. As a result, it takes into account the hastiness and ignorance of humankind, whilst at the same time recognizing its superiority over the other created beings. The Quran consistently draws attention to the elegance of the universe and the carefully calculated patterns of nature (i.e. the orbits of the planets, the migrations of the birds, and the anatomy of the insect). The world has indeed been bedecked with beauty.

To be quite honest, I could fill this entire page with Quranic verses that emphasize the beauty of nature. Prophet Muhammad (pbuh) is oftentimes compared to a natural philosopher who viewed the world as a living mechanism that clearly pointed to the existence of an Intelligent Creator. The Quran, therefore, doesn’t just link belief in One God with hugging trees and keeping pets, but rather glorifies nature, wildlife, the soul of the human being, and human speech as an earthy heaven, a reflection of the lush jungles and pleasant oases in Paradise. This earthly existence is more than just for passing the time – it is a process of purification in which we are to draw nearer to Allah through the many trials and sufferings we may face, and in Islam, beauty is always an indicator of the intelligent design behind this marvelous universe. It is not a luxury. It is a divine quality. Beauty is the golden thread that links the hidden, invisible, spiritual realm with our earthly existence.

ON iOS
ON ANDROID

Is the Quran Poetry?

The Quran’s ornamental language includes a plethora of structural elements that makes its message distinct from the content of everyday language. Through its use of stanzas, refrains, rhymes, complexity, rhythm, repetition, diction, tropes, metaphor, and many other devices, it sets itself apart from even the most well-respected recitations of the time. While there are many similarities between the language of the Noble Quran and the classical oratory of Muhammad (pbuh)’s time, the Quran is not poetry, because it is much more than poetry, on both a literary and spiritual level. For instance, in the Quran, the highest ideals of ethical jurisprudence, marital counsel, and fiscal responsibility are manifestly expressed, sometimes in the form of a parable, other times in the form of a metaphor, and other times in the form of a clear, literal commandment from God.

It is certainly true that the Quran has a poetic vibe in some parts. However, unlike poetry, its words, images, and structure awakened the original audience’s memories of familiar stories of old, stirring their hearts and tightening the strings of suspense as the text surprised its listeners by not continuing as expected. The Quran broadened the horizon of expectations, breaking the idols of old ways of thinking and replacing them with a new and higher way of living. In the same way that the Prophet of Allah (pbuh) rejected the ignorant practices of his day in order to make way for a just culture, the Quran, too, replaces outdated rules of oratory with brand new symbols.

The true nature of the stories of the prophets were revealed, illustrating time-old principles in a refreshing way; the commands given to the Jews were revised and updated for the Muslim community, the recipients of the fullest expression of God’s self-revelation. In true poetic fashion, the Quran makes full use of the beauty of nature and the range of creative Arabic expressions, urging the reader to meditate upon their greatness in order to be drawn closer to the Lord. Hence, through its poetic language, the Quran surprises and entertains its listeners while maintaining its unique originality.

The Aesthetic Dimension of the Noble Quran

“Or do they say, “He has fabricated this Quran!”? Say, O Prophet, “Produce ten fabricated sûrahs like it and seek help from whoever you can—other than Allah—if what you say is true!“ [Quran 11:13]

Let’s face the truth: while many of us have grown to think of and treat the Quran as a book, its original existence was in the form of recitation – an art form to be received through the senses and only in the present moment. In the act of reciting the Quran, a vivid communication occurs between Allah and man and, unlike a textbook, political manifesto, or set of laws, the Quran transcends its message in the same way that a poem or musical composition transcends the notes on a musical sheet in order to stir hearts, move minds, and unite spirits. Each surah has its own character which conforms to the message found within. Surah Al-Adhiyat has a choppy, rhythmic recitation designed to produce a sense of dread or terror, as it reaches its conclusion in its treatment of the Day of Judgment. Similarly, surah Al-Mursalat mimics the drifting winds and violent gales to which it refers to in its opening verses.

These unique characteristics that set the Quran apart from other works of literature require it to be performed and recited. The sacred scriptures of all religions are originally texts for recitation or singing. Most of the original followers of the great faith traditions of the world were illiterate common-folk, which means that, whenever we read a translation (or interpretation), we miss out on the beauty of the original Arabic, because any time a text or song is translated, a great deal of its original impact is lost. In fact, in what is considered to be the very first revelation given to Prophet Muhammad (pbuh), the angel Jibreel recites:

“Recite in the name of your Lord who created – Created man from a clinging substance. Recite and your Lord is the most Generous – Who taught by the pen – Taught man that which he knew not.” [Quran, 96:1-5]

The recitation of our holy text in its original Arabic tongue forces us to think in new ways, challenges us to develop our cognitive faculties, and reminds us that the Allah who revealed himself to Muhammad over 1400 years ago is the same Allah who meets us where we are today. The recitation of our holy text in its original language, when done mindfully, will draw the reciter’s mind to the living cadence of the surahs and their unique personalities; it will remind us that there is a symmetry of both the hidden world and the external world and that these individual parts are equally and justly weighted, balanced out. For Allah to divulge His final revelation in the form of a verbal performance means that speech is the finest of all powers and that beauty is never an accident.

In sum, the beauty found in the original language of the Quran is not founded upon some arbitrary principle of beauty. On the contrary, it was considered both marvellous and miraculous when compared to its competitors in seventh century Arabia. Furthermore, Islam exalts the virtue of honorable beauty and elegance, whether in the form of physical, spiritual, or literary beauty. The challenge for us, who live in a modern world where the recitation of Arabic poetry has lost its popularity, is to recover this ancient tradition and breathe new life into it.