What the Quran Says About Alcohol 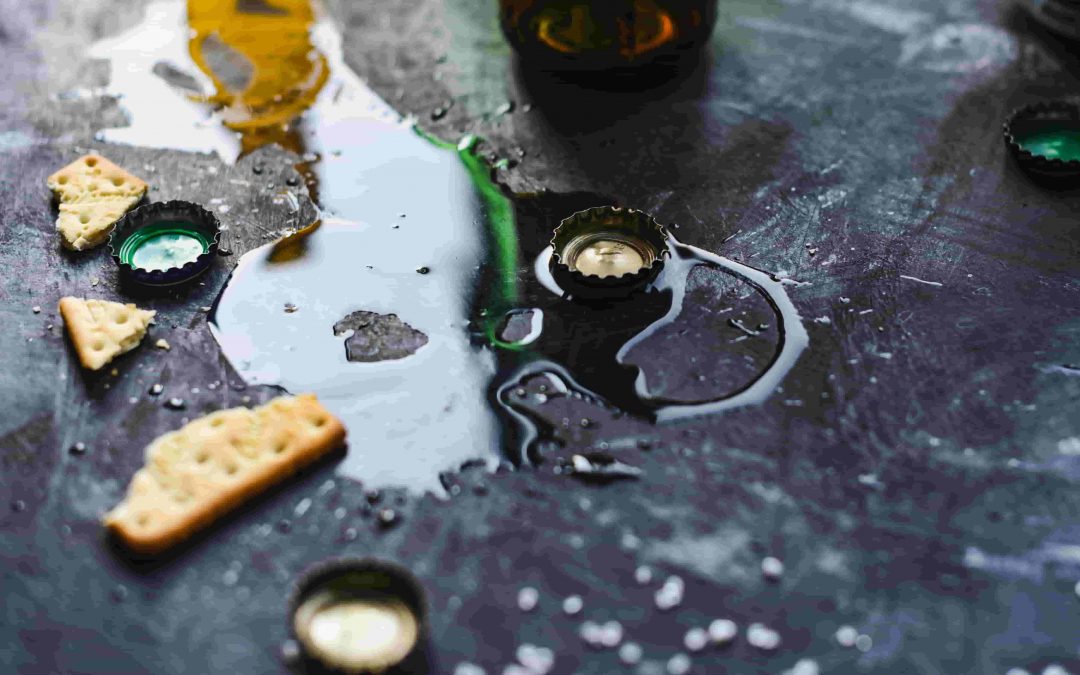 Alcohol, a common scientific name correlated to its products, wine, has always been a confabulation in the Islamic community. The Quran discusses wine or alcoholic/intoxicating products using the word khamr (خمر). According to hadith, khamr is what covers “intellect” and is made from five things: grapes, dates, wheat, barley and honey (Bukhari and Muslim). Covering the intellect means entering the state of unconsciousness; when someone drinks alcohol, it dulls the parts of the brain, thus affecting the ability to make decisions and remain conscious.

Fourteen hundred years ago, Allah SWT revealed the truth about khamr/alcohol usage in the Quran. Ayahs prohibiting alcohol were revealed in the third year after Hijrah after Battle Uhud. The alcohol prohibition analogies are mentioned three times in three different chapters of Quran; a three-step prohibition which made it easier for those addicted to alcohol to stop it gradually.

(1) At first, an answered prohibition against queries of the Prophet’s (pbuh) companions was revealed.

(2) Next, a general warning was given to forbid Muslims from attending prayers while in a drunken state.

(3) Afterwards, a revelation through the Quran made it specifically clear that alcohol has some benefits but its negative effects outweigh the good.

Moreover, the Prophet Mohammad (pbuh) further clarified this to his companions to avoid any intoxicating substance that could be harmful at societal or individual level. On the other hand, there are contrasting opinions by fiqh scholars regarding alcohol usage, as to whether its drinking is only forbidden or any of its form (i.e. medicinal, cosmetics and perfumes.) This article will discuss the Quran verses and their explanation by hadiths and fiqh scholars regarding the use of alcohol/wine/khamr.

They ask you ˹O Prophet˺ about intoxicants and gambling. Say, “There is great evil in both, as well as some benefit for people—but the evil outweighs the benefit.” (Quran, Al-Baqarah, 2:219).

Once ‘Umar al-Khattab, Muaz bin Jabul, and a few other companions approached the Prophet Mohammad (pbuh) and spoke to him about khamr (wine) and maysir (gambling – game of chances). They said that these two addictions not only detract people from man’s goals but also create financial loss. This verse was revealed as an answer to their query. After the revelation of this ayah, some companions took it very seriously and stopped drinking immediately whilst others continued since the ayah does not clearly indicate the wine as haram activity (Tafsir ibn Kathir).

In this ayah drinking has not been clearly specified as an unlawful or haram activity, but its faults have been highlighted, which may lead man into numerous wicked acts that are sinful. The Quran plainly states in this ayah that alcohol or wine (khamr) consumption is a major sin – اِثْمٌ كَبِیْرٌ – and according to Quran and sunnah, major sins are explicitly prohibited. Moreover, it should be noted here that the term ithm – إِثْمٌ involves anything that might lead to enact a sin (Shafi). Alcohol, for example, diminishes the senses and reduces the ability of reason. Human reason serves as a check on human indulgence in wicked activities. When reason is hindered, the door is open for all kinds of sins. (Learn what the Quran says about temptation here.)

Prohibition of Alcohol For Attending Prayers

O believers! Do not approach prayer while intoxicated until you are aware of what you say, nor in a state of ˹full˺ impurity. (Quran, An-Nisa, 4:43)

One day some of the Prophet’s companions were invited to a dinner by Abdul Rehman bin Awf to his home. When dinner was done, they started drinking wine as usual. Meanwhile, maghrib salah time came. Everyone stood up and chose an imam from amongst them for the prayer. The imam began reciting the Qur’an, but due to his drunkenness, he read the Surah incorrectly (Tafsir ibn Kathir). (Learn to improve your recitation here and the meaning of what you recite here.)

This Quranic verse was revealed following the incident that happened at the house of Abdul Rehman bin Awf. It was the second step against drinking alcohol and then alcohol was declared specifically unlawful for performing prayers. Some companions stopped drinking alcohol after concluding that if something stops them from performing prayers then it would not be a good thing for them to adopt. But after this ayah, many companions also still continued drinking wine/alcohol.

O believers! Intoxicants, gambling, idols, and drawing lots for decisions are all evil of Satan’s handiwork. So shun them so you may be successful. (Quran, Al-Maidah, 5:90)

Satan’s plan is to stir up hostility and hatred between you with intoxicants and gambling and to prevent you from remembering Allah and praying. Will you not then abstain? (Quran, 5:91)

Imam Ahmad bin Hambal narrated Abu Maysarah said that ‘Umar radhiAllahu ‘anhu once said, “O Allah! Give us a clear ruling regarding al-khamr (wine)!” Later, the above third and fourth ayah was revealed and included the complete prohibition of any intoxicating substance (including khamr or wine). When the last portion (Will you not then abstain?) of the ayah was recited to him, he replied, “We did abstain, we did abstain.” (Al-Qurtubi).

God doesn’t simply tell us to “avoid” intoxicants (alcohol); He tells us to “shun them”; keep away from it. Drop and extent of the Arabic word فَٱجْتَنِبُوهُ (shun them) shows how it is essential to keep ourselves away from intoxicants like wine or any alcoholic product which intoxicates. Although raw alcohol is derived from other sources, it is still considered illegal by certain sectarian divisions due to its intoxicating effects which lead towards impurity and state of unconsciousness.

Many Asian and Western clerics explained through fatwas that alcohol in cosmetics are not prohibited because of their external use and no link with intoxication. Fiqh Hanafi, Maliki, Shafie and Hambali agreed that alcohol is a najis because of its intoxicating nature and thus its drinking is prohibited in Islam (Baharum).

There are also many sahih hadiths that declare alcohol and all its belongings, unlawful and prohibited in Islam.

Ibn ‘Umar narrated: Allah’s Apostle said, “Whoever drinks alcoholic drinks in the world and does not repent (before dying), will be deprived of it in the Hereafter.” (Al-Bukhari, 69:481).

Allah made it clear that drinking anything which is intoxicating is prohibited and you should keep yourself away from it. Four verses of the Holy Quran prohibit alcohol in semantic words like intoxicants which are refined products and beverages of alcohol. Apart from Quranic verses, many sahih hadiths also confirm the prohibition of wine or alcohol beverages. Every Islamic sectarian division agrees that drinking alcoholic products is prohibited in Islam, but each have different opinions on the external usage in the form of cosmetics, biofuels and medicines.