What the Quran Says About Faith and Reason 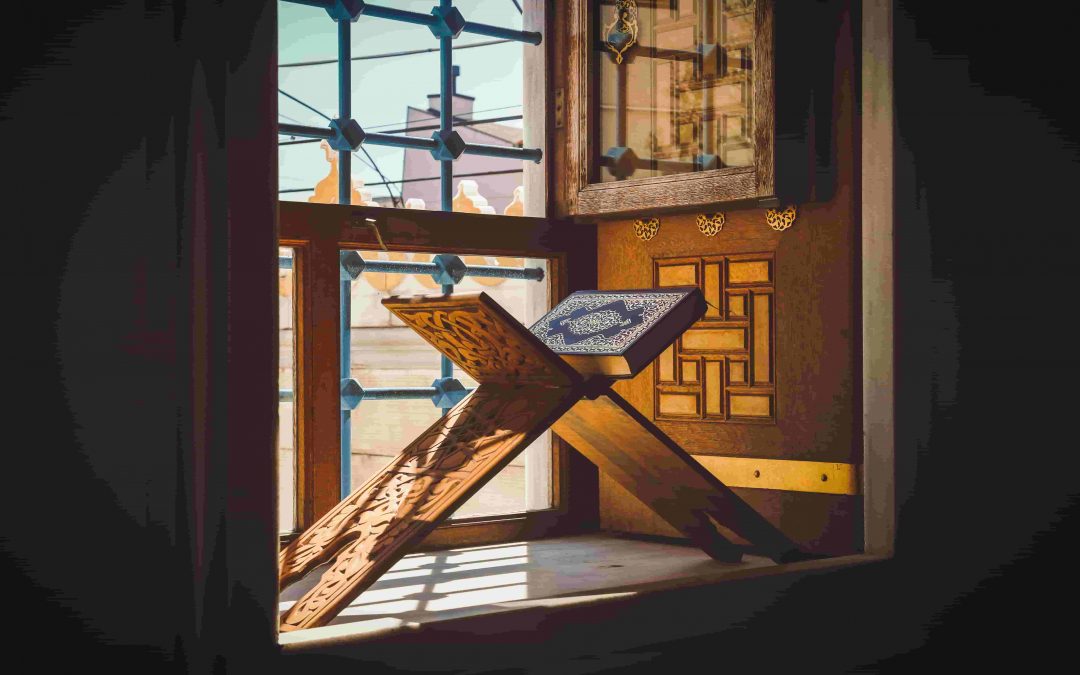 In post-modern society, faith and reason are often juxtaposed as two competing ideals – with neither being able to exist alongside the other. But is that a false dichotomy? Are faith and reason truly irreconcilable? Certainly not, according to the Qur’an – the sacred book believed by Muslims to be authored by the One God. The Qur’an repeatedly encourages its readers to think, reflect, and use reason to understand the Quran and truth of this universe. This article highlights some of the Qur’anic verses that encourage reflection, proposes various subjects for contemplation and explores how the Qur’an encourages reflection and reasoning.

In what context does the Qur’an talk about reasoning and reflection?

The Qur’an strongly emphasizes the importance of reasoning and reflection. In more than 750 places, the Qur’an directs humans to reason, contemplate, listen and reflect. A diverse set of words is used by the Qur’an to describe the general idea of thinking – but each differs slightly in meaning. The most used terms are tafakkur (roughly translated as contemplation), tadhakkur (remembering) and tadabbur (deliberation).

Although they differ, these terms all involve actively thinking, showing the importance the Qur’an places on consciousness and being aware. This seamlessly connects to the concept of taqwa, which is often translated as God consciousness, and is one of the major virtues Muslims aspire to achieve.

Just like the Qur’an uses different words for thinking, it similarly refers to thinking in a variety of ways. Some verses propound God’s majestic creation, describing them as “signs” and defining people of understanding as those who remember God and ponder His creation. Other verses pose questions to the reader, emphatically giving examples of God’s creation that we should reflect on:

Besides the creation, the Qur’an also suggests that we reflect on pre-existing societies and their demise, connecting it to the next life:

Have they not traveled in the land that they may observe the end of those who were before them? Certainly, the abode of the Hereafter is much better for the God-fearing. Do you not then reflect? (Qur’an 12:109)

In some parts of the Qur’an rulings are explained, such as the prohibition of alcohol and gambling in the verse below. After clarifying the logic behind the law the verse ends by encouraging reflection on the explanation and guidance:

(Muhammad), they ask you about wine and gambling. Tell them that there is great sin in them. Although they have benefits for men, the sin therein is far greater than the benefit. They ask you about what they should give for the cause of God. Tell them, “Let it be what you can spare.” This is how God explains for you His guidance so that you may reflect. (Qur’an 2:219)

These are only a handful of the verses that refer to reflection, and they only begin to offer a glimpse of all the things we could (and should) contemplate.

What should we reflect on?

Some believe that the greatest miracle of the Qur’an is the boundless wisdom contained within its finite number of words – as such, there is no limit to what we can contemplate in the Qur’an, and consequently, what else it can inspire us to reflect on. That said, here are some places to start:

Reflect on the verses of the Qur’an

Muslims all over the world engage with the Qur’an in many ways, chiefly during the five daily prayers in which excerpts of the Qur’an are recited in Arabic. However, it is not merely for recitation as the Qur’an reminds us that the purpose of its revelation is for us to reflect on its verses:

[This is] a blessed Book which We have revealed to you, [O Muhammad], that they might reflect upon its verses and that those of understanding would be reminded. (Quran 38:29)

Then do they not reflect upon the Qur’an? If it had been from [any] other than Allah, they would have found within it much contradiction. (Qur’an 4:82)

We live in a time overflowing with tools that can aid in understanding and reflecting on the Qur’an. Islam has a rich scholarly tradition, with several scholars having produced works of commentary on the Qur’an (See: Best English Quran Translation). Contemporary scholars regularly deliver lectures and talks on various chapters (surahs) of the Qur’an. A quick internet search would conjure up numerous results in an instant.

However, contemplating the divine scripture need not solely be a rigorous intellectual exercise. The verses quoted above show that the Qur’an mentions contemplation in reference to various things, such as heavenly bodies, preceding societies, animals and nature. An evening walk spent admiring how beautiful the sunset is, thinking about the verses that describe the sun and being in awe of the magnificence of God’s creation could just as easily be considered reflecting on the Qur’an. Sayyid Qutb, an esteemed Islamic scholar of the 1900s, proffers that in this way, reflection and worship are intertwined, and form the basis of the remembrance of God.

Reflect on the life of Muhammad (pbuh)

The final prophet in Islam is often referred to as “the walking Qur’an.” For 23 years he relayed the revelation to his people, and in doing so had to be the perfect example of how to bring the Qur’an to life in one’s day to day living. Studying Muhammad’s (pbuh) life can teach us how to exemplify the Qur’an and studying the lives of his companions can show us just how powerful its verses were to the earliest Muslims. Unlike our interaction with the Qur’an now – where we have the entire book at our fingertips and may choose to read, recite or listen to any part of it at will – the first generation of Muslims received the Qur’an only little by little. Initially the Qur’an wasn’t written down, but instead memorized as it was revealed. Perhaps because of this, every time new verses were revealed they were treated like precious gems; gems with the power to cause people to change the entire course of their lives, thus igniting a social revolution in the desert town of Makkah that changed the future of the region – and beyond – forever. Without engaging in the lives of the earliest Muslims, one is oblivious to just how compelling and transformative the words of the Qur’an were when they first descended upon the earth.

Many verses in the Qur’an were revealed as a direct solution to challenges facing Muhammad (pbuh) and his community at the time; and so studying their lives helps us understand the circumstances surrounding the revelation of certain verses and how they helped the earliest Muslims overcome their obstacles. Studying early Islam is a vital and informative component of reflecting on the Qur’an and its meanings.

Reflect on the names and attributes of God

One of the things the Qur’an taught its first audience – and teaches us still – is who God is. We live in a time overwhelmed by competing ideas of the Divine emerging from all kinds of places – books, movies, school or simply the people in our lives. The Qur’an is the only source of information about God that claims to be Divine itself. Weaved between stories of the noble prophets, reminders and guidance, God’s attributes are listed so that we can get just an inkling of who God is:

Say “The truth is that God is one. God is self-sufficient but needed by all. He neither begot anyone, nor was he begotten. And there is nothing at all like Him.” (Qur’an 112:1-4)

Belief in One God is the foundation of Islam. Prophet Muhammad (pbuh) spent 13 years – just over half of his time as a prophet – preaching primarily this. Believing in the Omnipotent, Eternal God that the Qur’an had introduced them to is what inspired the earliest Muslims to forsake their old ways of living and embrace the way of life the last prophet preached. They transformed from a society that buried baby girls and relished the high life to becoming one of the earliest societies in the Middle Ages to give women inheritance and property rights and saw alcohol running in the streets the minute they heard God had forbidden it. When one of the companions of Muhammad (pbuh), Abu Talha, heard about the prohibition of alcohol he ordered his butler Anas to spill all his wine, after which Anas related that the streets of Medina were seen flowing with the drink (Sahih al-Bukhari Vol. 6, Book 60, Hadith 144).

Reflecting on God’s names (or attributes) can help us free our minds of any misconceptions we may have of God – a vital step on the path to building a relationship with Him based on truth. The Qur’an encourages us to build this relationship by using God’s names:

As we engage more with God’s attributes in the Qur’an, we begin to understand who God is (we can only begin, for the nature of God is not something we can ever fully comprehend), and more importantly, who we are in relation to Him.

Why does the Qur’an encourage us to reflect and reason?

We can never know the full intent behind the words God has chosen to reveal in the Qur’an, but based on the verses and ideas explored above it is clear how imperative reflection and reasoning is in the holy book. Belief in the One God is the basis of Islam; but it is not blind faith that the Qur’an encourages. Rather, it urges us to claim our faith by earnestly seeking it with our minds, and accepting it into our hearts. Amidst our busy lives it is essential that we pause, reflect and reason in order to convince ourselves what the Truth really is. Only then will we have a platform from which we can start understanding this universe, this life and more significantly, our purpose here.